If you are new to Drupal, the first thing is to get familiar with it. Drupal is an open-source web application framework with a content management system (CMS) bolted to it. Drupal has a lot of power that can quickly get out of hand and become unwieldy.  So, whether you're using Drupal or not, I hope to provide you with aggregated information on the different options to convert or migrate to Drupal (a page out of Drupal handbook on migration). 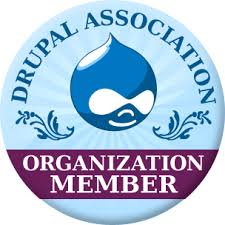 My CMS preference and web application framework is Drupal, so I focus a lot on Drupal Development, Drupal Consulting, and Drupal Implementation as well as on migrating and converting content from older websites, CMSs, or other sources to Drupal.

I've been working with Drupal for almost 15 years now. I have experience with Drupal on multiple levels:front-end (themer), backend (developer), and as a project manager and as an implementer (a senior Drupal person that knows how to select the right combination of modules, writes code to fill the gaps between them, scales and tunes the site for performance, and satisfies business requirements, knows what the best practices are and how to make them work in Drupal.)

Getting to Know Drupal

In this podcast, Drupal Screwups and Common Mistakes, several Drupal developers from Lullabot discuss issues they've had as Drupal newbies and frequent mistakes made when creating Drupal sites. The podcast includes a comprehensive list of common site building, coding, and Drupal project planning mistakes. New Drupal users will find this a great resource. They also delve into the Migration module, which is one of the approaches to converting to Drupal.

Other issues that site owners have difficulty with include converting from Wordpress to Drupal, Blogger to Drupal, Moveable Type to Drupal, and migrating or flat files to Drupal.

"Migration: not just for the birds - So, your client has seen the light and is tossing out their old CMS in favor of Drupal. Their existing content, in the form of square pegs, needs to fit into nice round Drupal objects. How can this process be managed, and what tools are available to assist?"

The migrate module provides a flexible framework for migrating content into Drupal from other sources (e.g., when converting a web site from another CMS to Drupal). Out-of-the-box, support for creating core Drupal object including nodes, users, and comments is included - hooks permit migration of other types of content.

Migrate Extras is a package of modules that integrate the Migrate Module with many of the non-core modules available for drupal, allowing you to import content from other modules, older versions of drupal, or a non-drupal CMS.

How to migrate Wordpress to Drupal.

"For starters, there seems to be no module to date that can handle the task. WordPress, however, offers a means of importing Blogger content into itself. Unfortunately, a WP.org Blogger import is notorious for failing. The importer in WP.com works, however. Here's my solutions to date:

Migrating from another cms.

Follow the same scheme layed out on migrating Blogger to Drupal. Move your MT stuff into WP and then convert WP to Drupal.

Additional Modules to consider in migrating to Drupal.

Node Export - The export module allows users to export an existing node and then import it into another Drupal installation. The idea is similar to the way you export/import Views or Content Types. The module itself was originally based on Node Clone and therefore is similar in configuration and limitations - with the exception that you can create the clone on another website (assuming relevant compatibility with content types and fields).

YAMM - It is able to synchronize any type of data as long as the implementation exists. It does only Drupal to Drupal data synchronization.

Deploy - The deployment framework is a series of modules which are designed to allow developers to easily stage Drupal data from one site to another. This includes content (nodes, taxonomy, users, etc.) as well as configuration (views, content types, system settings, etc.).

This is open source software so keep this in mind... Don't assume that modules work the way you think they will out of the box. I run into this problem alot. Module descriptions are helpful but often the developer's idea of a feature is pretty different from what you have in mind... Besides, you never really know how well some modules will play with others until you have them installed, which in some cases could lead to trouble. On the other hand, fixing problems and filling gaps between modules with a little bit of php glue code can really make a site great.